Watch me on Twitch!

Streaming on Twitch whenever I can. (Subscribe to my channel to get notifications!) 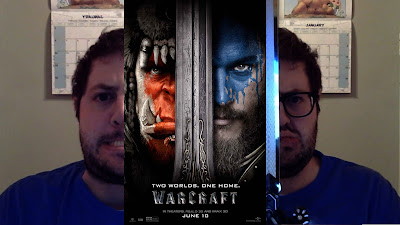 Contrary to impressions I could have given, I was never actually big on fantasy epics. I don’t know why. I feel it may be that I prefer stories that remain grounded into some level of reality. I was never big on The Lord of the Rings, but  Harry Potter, trying to ground itself into a semi-real Britain despite the fantastical elements of the setting, worked better for me. It’s the same for science-fiction; I’m always more interested in sci-fi that keeps a foot into the world I know, to some degree. (Although, sci-fi stories that stray from that mold do tend to interest me more than fantasy going the same route.) 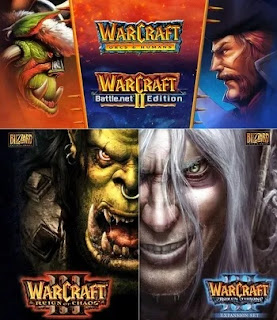 Hence why I was reticent in reviewing Warcraft, which I had heard of before. Based on the series of the same name by Blizzard Entertainment and directed by Duncan Jones, this is currently the highest-grossing video game film adaptation of all time. I saw moments, but never before sat down to watch it in its entirety; I will be seeing it for the first time for this review. I must’ve bought the film on DVD, like, 4 years ago if not 5, and only took it out of the plastic packaging this month.
Also of note is that this film, released to North American theaters on June 10th, 2016, is not an adaptation of World of Warcraft, even if that is the most famous title of the franchise as well as the biggest MMORPG of all time. The film aims lower by adapting the very first game in the series, Warcraft: Orcs and Humans, released in 1994. As a result, it tries to pull quadruple duty. First, it adapts the game's story. Second, however, is that it does so while integrating lore and elements from later games, which expand the tale and add relevant details. Third, however, is that there is an attempt to not overload viewers with lore, despite so much of it being necessary. Fourth, finally, is to still be approachable to whomever isn’t familiar with the series (like me!). 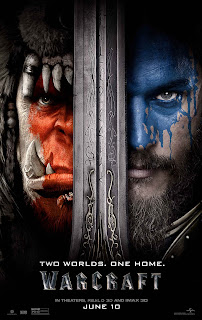 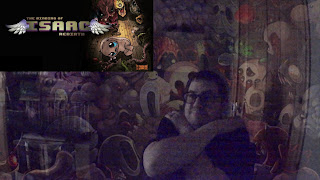 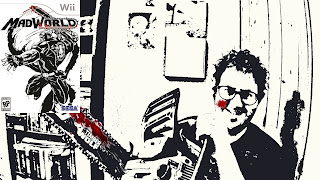 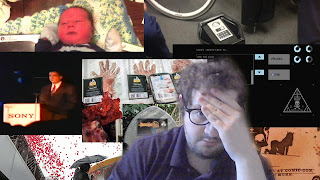 New: Gaming plans for this year
Starting with this year, I’m making a list of games (mostly those reserved for Quick Reviews, but also a number of semi-randomly-selected titles across my entire collection) that I wish to get through and review this year. I might not actually manage to cover all of these, those are just games I hope I can get to. The way I had of doing the list includes a lot of non-Steam games. The picture below: The Left column is the next set of Quick Reviews (unless I expand one into a full review), the second is the year’s hopes. Beneath the picture are the non-Steam games. 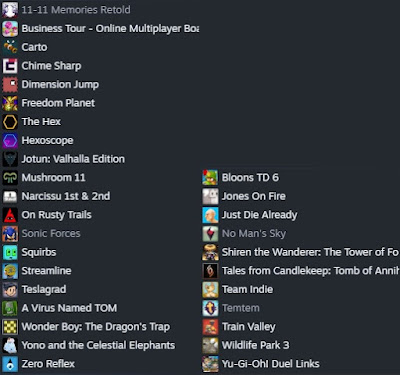 Non-Steam:
3DS: Super Mario 3D Land, The Legend of Zelda: Ocarina of Time 3D, Pokémon Sun (+UltraSun?);
Wii: NiGHTS: Journey of Dreams, Prince of Persia: The Forgotten Sand, Super Mario Galaxy 2, Monster Hunter Tri;
UPlay: Prince of Persia: The Sands of Time, Beyond Good and Evil, Assassin’s Creed III.
Well, that’s it for this year. Have a good 2023 – here’s to hoping it will go better than 2022.
Posted by Nicolas at 9:42 AM No comments:

(Today, on "pictures you can hear"... ^ )
I haven’t done one of those in a while. Three times in the past, I wrote reviews in December for Just Dance titles. I nurture a special attachment to the famous mimic-the-movements-on-screen franchise from Ubisoft (yes, them again). What convinced me to buy a Nintendo Wii, in 2012, was playing Just Dance 3 at my cousins’ place. As a result, that was one of the first games I ever purchased for the console… as well as one of the first games I reviewed on this blog, way back in 2013.
…Fuck me, I’ve been writing this blog for almost ten years. July 19th, 2023, will be the tenth anniversary.

Anyhow, following that original review of Just Dance 3 in 2013, I would go back to this franchise a few more times. In 2015, I covered both the 2014 and 2015 editions, and in 2017, I looked at the 2016 edition as well. And although my sessions have been sparse as of late, I try to play a bit of these games from time to time. I got today’s two games (yes, two in one article) because I have an aunt who had rediscovered the joys of the motion control-based Nintendo console, and wanted to play something else than just Wii Fit. My response, naturally, was this franchise. I bought these two games, and so did she.
There was something interesting to purchasing older editions of Just Dance, if only because I’ve become so accustomed to newer ones in comparison. Franchises always have to begin somewhere. They can end up looking very different as they evolve, but there’s a starting point. Hell, today’s two titles were separated by only two years and, yet, the changes were massive. Will this feel like a beloved trip down memory lane, or a look back we could have done without? Let’s see. 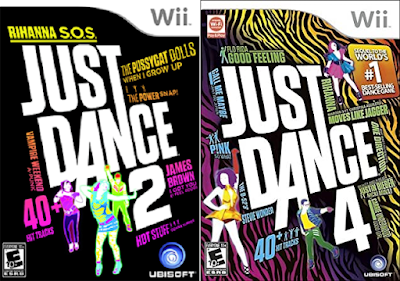 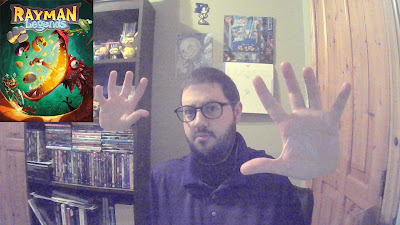 After going through the three games that were the genesis of Rayman, it’s almost weird to skip forward to what is, so far, his last game. Ubisoft’s higher-ups have stated that their interest now lied in their copy-paste open-world franchises like Assassin’s Creed, Far Cry… y’know, the adult stuff. I sincerely hope that Rayman’s appearance in next year’s DLCs for Mario + Rabbids Kingdom Battle sparks new interest in the character. In the meantime, we have this title, which I really hope wasn’t the swan song.
Rayman Legends was released on August 30th, 2013 in Europe and September 3rd in the United States for most versions (Windows, PS3, Wii U, Xbox 360, Vita), with later releases for PS4 and Xbox One in 2014, and Nintendo Switch in 2017. Notably, the game was originally thought as a Wii U exclusive, but a fear following low sales of other recent titles by the studio made Ubisoft yet again overdose with ports for every console available, forcing some Wii U-based gameplay mechanics to be adapted for other consoles. Thus, one critique of Rayman Legends when compared to its predecessor Origins is that gameplay has barely changed, with only the Wii U-based mechanics being proper new stuff. But let’s not get too ahead of ourselves, shall we? 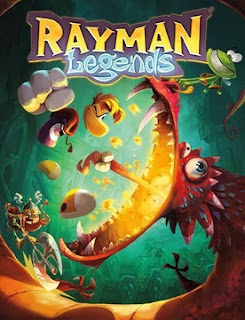 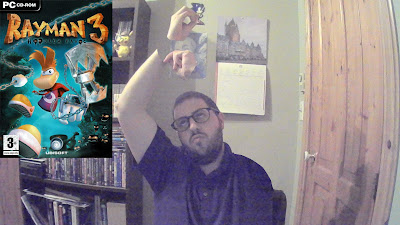 The first game was colorful but hard, with a fairly basic story. The second had solid 3D gameplay with sections reminding of mini-games; the story, while darker, still lent itself to plenty of comedic moments, with Rayman as an all-loving hero. That said, two games aren’t enough to establish a pattern, and the franchise was still looking for its tone.
However, it seems to be in Rayman 3 that the franchise finally settled on what it wanted to be, and that’s summed up in one word: Wacky. It’s more notable in Origins, where Rayman, Globox and the Teensies become a bunch of psychos, more than happy to attack and kill each other while saving the day. The visual signature of both that and Rayman Legends further emphasizes the silliness that’s now part and parcel with the name. But the first shades of that tone can be traced back to Rayman 3.
Today’s game was released to multiple platforms in March of 2003, with different release dates for GameCube, PS2, XBox, PC and N-Gage ports, with a rerelease in March 2012 for PS3 and XBox 360. It's also Rayman’s last mainline game before the Rabbid takeover. And though other games would exist between this and Origins (such as the rather mediocre “Hoodlum Revenge” GBA title that I covered in 2014), I feel it’s interesting to see what, again, changed in this new installment. 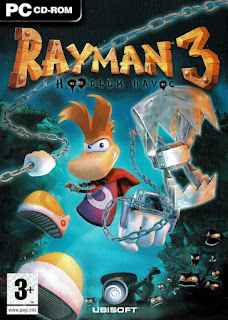 Full Wacky
The game begins on a bizarre revelation: The healing Red Lums, when scared, can turn into Black Lums, fuzzy chaotic beings. More precisely, one of them has become so dangerous it grew arms, and has sworn revenge upon the inhabitants of the Glade of Dreams. The Black Lum, named André (that’s not a scary name! Call yourself, I don’t know, Keith or something! “Oh, André, I’m so scared!” …Said no one, ever!), is quick to plot world domination. He and the Black Lums shear a woolly creature and create disguises. The animal was part of a caravan led by Murphy (voiced by Billy West), who flies off to warn Globox (voiced by John Leguizamo) and Rayman (voiced by David Gasman) of the incoming danger-
...Wait. Voiced by???
Read more »
Posted by Nicolas at 7:56 AM No comments: